After a day on the town what would be more suitable than fika? 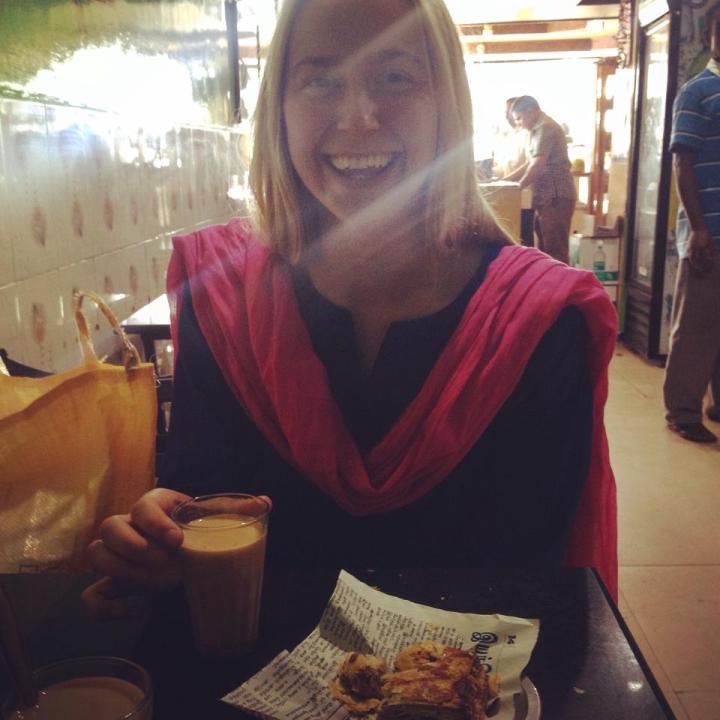 As many of you might know, chai is kind of like an institution in India, which means everybody drinks it. And most often with tons of sugar. Tilda prefers her chai with as little sugar as possible, while Sara goes for sugar on the side. As if we haven’t had enough of sugar, we went on to order a filopastry that looked as it would have cinnamon inside. But by the look of Tilda’s face after the first bite, no cinnamon could be detected. It had a strange flavor, it wasn’t sweet but it wasn’t salty either. We pondered long and hard what might be this mystery ingredient and unsurprisingly our brains didn’t do the work. Perhaps it might have been out of function after all the reading and writing concerning the gender framework that we’re putting together. 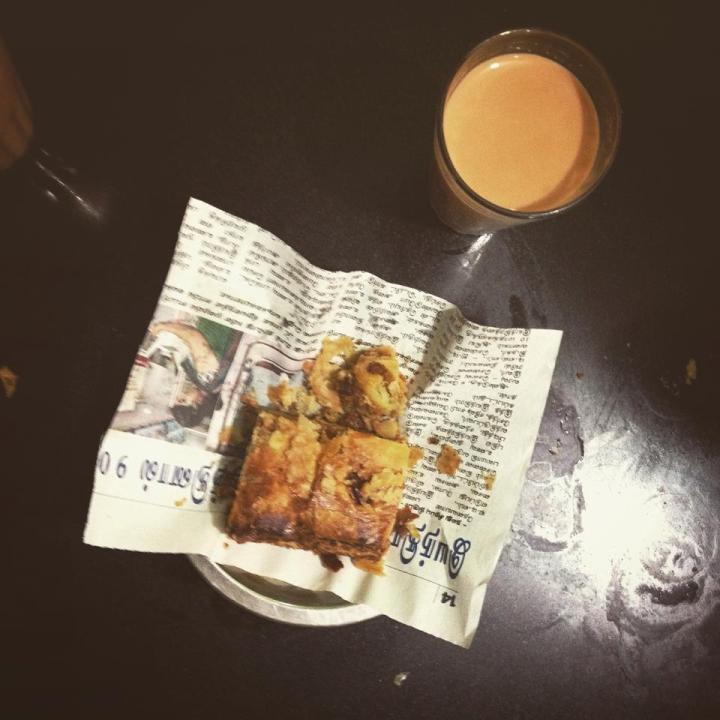 Lesson of the day: if you want your chai, you better hold it tight or else someone quickly comes and take it from you. Sara got that bitter life lesson… While she was a little grumpy after the incident, she still had a smile on her face, Tilda on the other hand, wanted to unravel the mystery and went ahead to ask the men behind the counter what that little delicious piece contained. The mystery ingredient was jaggery, which after some googling was shown to be unrefined sugar that’s made of the juice of a plant containing a high amount of sucrose such as sugar cain and date palms. We learnt as well that it has some health benefits and doesn’t give you a sugar rush, rather it provides energy for a longer period. Now we’re well prepared for an afternoon session full of work. På återseende, näkemisiin and poi varungal! 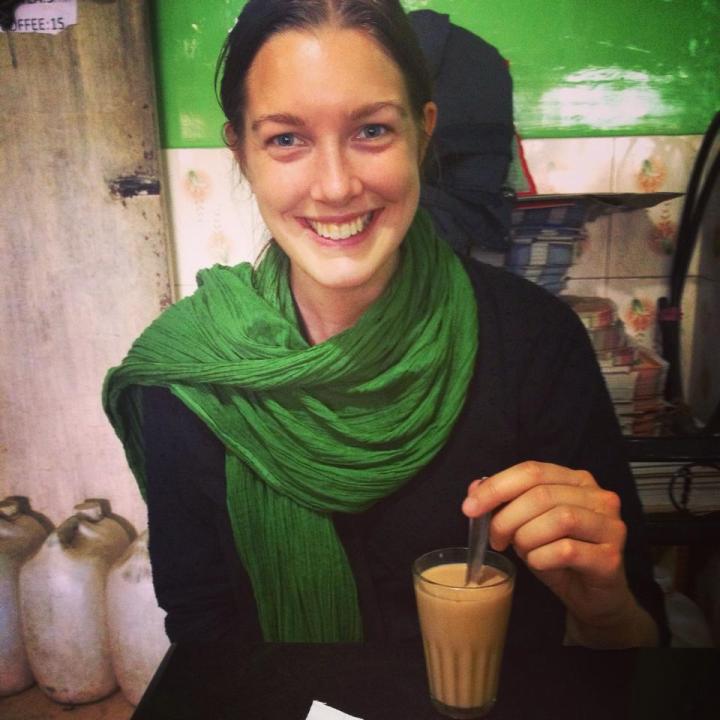