After a few days in Bangalore we have now arrived to our final destination Kotagiri, Nilgiris. In Bangalore we spent time with Anitha and Abdul at the Swallows India Office. Days were filled with a lot of useful information and time for us to acclimatise. We ate a lot of good food and remembered our love for sweet finger bananas. Two inspirational activists, Asha Ramesh who talked about women’s movement in India and Prabhakar who discussed Dalit rights, had lectures for us at the India Office. They talked about the history and present issues the movements are facing in their daily work towards a more equal society.

Our journey continued towards Kotagiri on the night train to Coimbatore. An Indian family companied us on the train with two talkative kids. We barely had time to settle when the youngest one started asking a bunch of questions and told us their life story. An interesting observation was that when it was time for dinner their mother began feeding the older child that was in the 8th grade. The family left an impression on being the first people we have met travelling in India.

Arriving to Kotagiri in the early morning reminded us about why we had packed so many warm clothes. Safe to say that even though we are from a chillier latitude it will take some time to get used to the mountain climate. Pastor Immanuel who is our landlord warmly welcomed us. His dog Turbo is extremely playful but also loves to bark in the early mornings, which we are not that fond of. Although it will be a good alarm clock during the weekdays.

Despite that we have only been here three days so far we have already managed to embarrass ourselves a little. Since it is important for the local authority to register foreign citizens in the area we set off to visit Foreign Registration Office in the nearby village called Ooty. Since we were unsure what we were doing and nobody connected the dots we were directed to speak to someone whom we realised afterwards was the Deputy Chief of the Nilgiris. He looked at us with skepticism as a high ranked person does but was friendly enough to point us in the right direction.

Even though we have only touched upon the Indian bureaucracy, we have already felt a hint of frustration. The next challenge for us was the cooking of the eminent first dinner in our kitchen located in a separate little house in the yard. Since we were unable to communicate our desire to buy spices when we shopped at the local market we got a little help from our neighbour Ruby. You can see the finished product in the picture below. We were pretty satisfied after adding some salt. 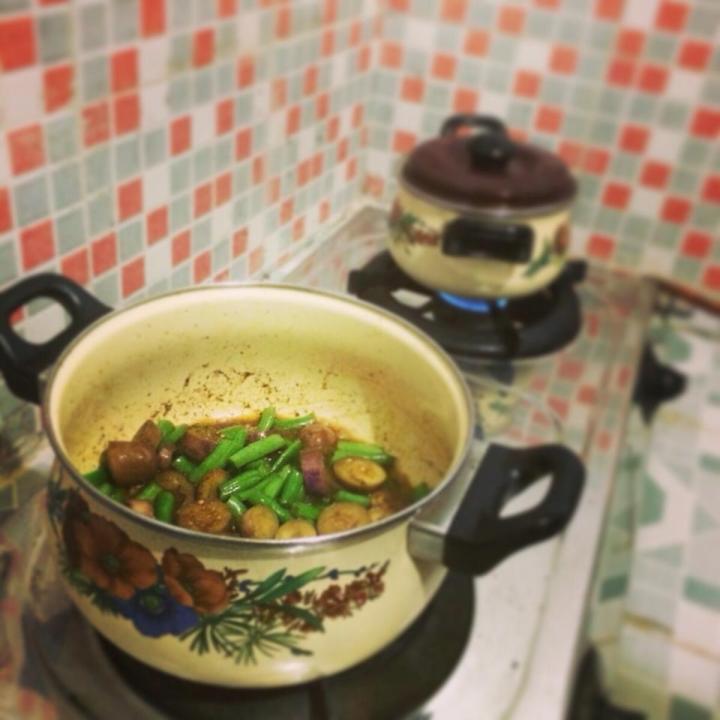 Slowly but surely we are feeling a little more at home in our chilly apartment. Waking up to a beautiful view definitely makes it easier. Even though we have a lot of possibilities to be outside we have mixed feelings about the wildlife in the Nilgiris. We are dreading the first real encounter with the mighty gaur that is a bison. To be continued… 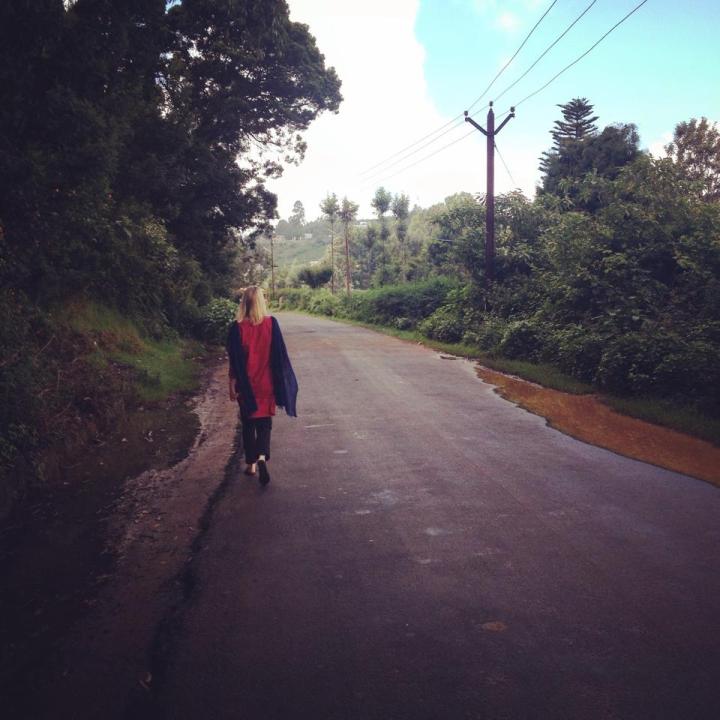 En reaktion till “Settling in?”